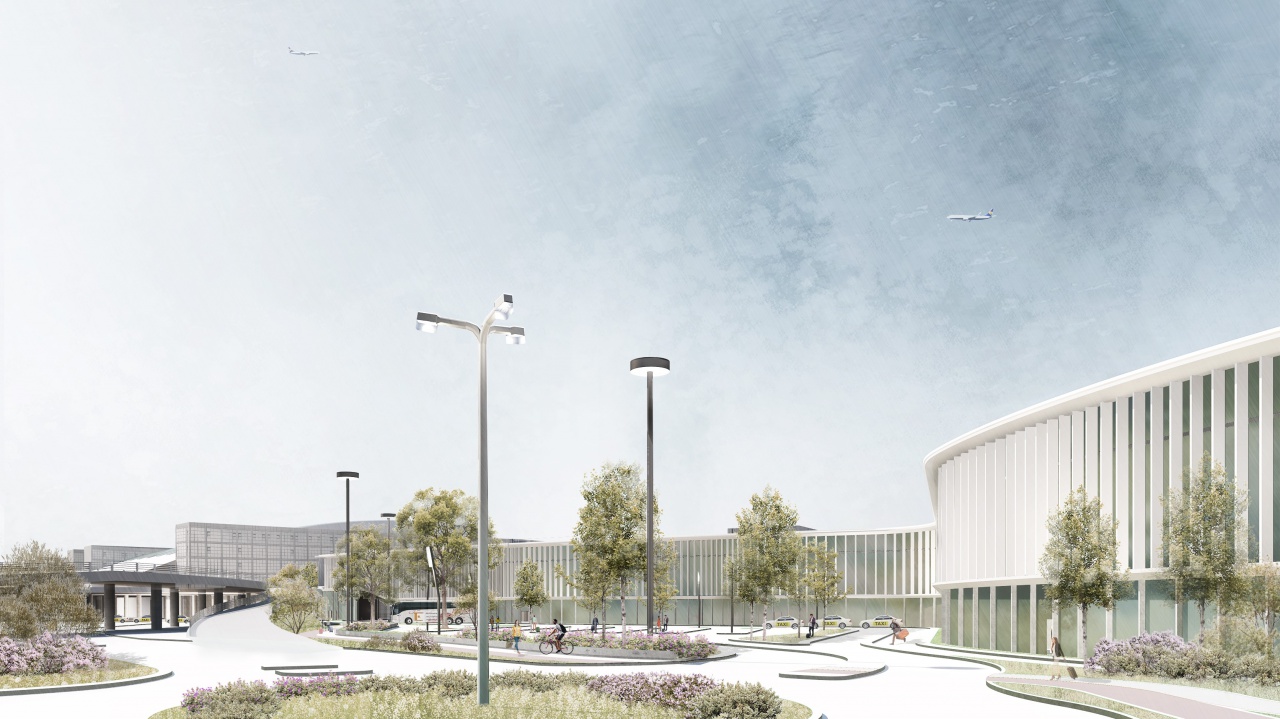 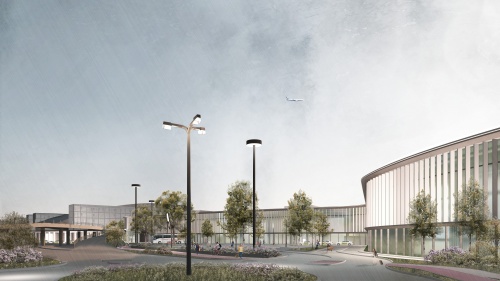 This development project for technology and baggage logistics at Hamburg Airport - Hamburg Airport Helmut Schmidt - resulted in the construction project HAM BAG New Building, based on the further increase in passenger numbers forecast until 2019 and the resulting additional space requirements for the accommodation of baggage handling technology and the expansion of the baggage claim area for arriving passengers.

Since fall 2019, we have been commissioned and responsible for the architectural planning as general planner in a consortium. The building, which is to be planned with space requirements of around 26,500 m², is planned directly adjacent to the existing terminals in the north of the airport. It includes the extension of the baggage claim area of the existing T1 terminal, a large hall area to accommodate the new baggage handling system with a connecting structure as a bridge to the existing baggage handling system, and an associated office and operations building.

In principle, the building is intended to be a purely functional structure, as it is predominantly used to house internal airport processes and is not accessible to the public, except for the baggage claim extension area. Due to its size and exposed urban location, the facade on the landside with the forecourt, which is heavily frequented by buses, delivery traffic, cabs and passengers, must be given an appropriate quality that on the one hand does justice to this special location and on the other hand integrates into the ensemble of the entire airport. Over and above the logistical and urban planning requirements, our common goal with the airport from the outset was that the building should fulfill as many aspects of sustainability as possible. These are reflected in an economical symbiosis of building technology, construction and structural engineering.

With holistic system planning from the very beginning, the consortium developed a sustainable energy and building concept. This includes, among other things, the installation of photovoltaic systems on the roof, whose efficiency is additionally increased by the green roof, a rainwater utilization concept with rainwater storage and use in the new building and adjacent terminal building, use of geothermal energy and storage of waste heat in energy piles, as well as use of hydrogen for the baggage tugs, which significantly reduces the amount of air required for the ventilation systems in the baggage hall and thus enables a significant reduction in the size of the ventilation systems and the associated energy use.
The lamella-like facade is developed in such a way that it not only fulfills the desired aesthetic requirement in terms of urban planning, which was able to convince the airport and urban planning in its entirety of all facades, including the roof area as the 5th facade, but also provides solar and thus summer thermal protection, which is supplemented in some areas by upstream, climbing greenery.

The planned design of the forecourt in front of the new HAM BAG building follows the high standard of open space design that has existed at the airport and incorporates this with a large number of trees and the creation of planting and green areas with seating on the forecourt and at the bus platforms. This, together with the large green roof of the new building, which will be created above the lower baggage claim area adjacent to Terminal T1 for airport visitors to walk on, also contributes to the reduction of summer radiation from urban surfaces.

With this so-called "green suitcase", which was labeled by us at the beginning of the project, the consortium creates an optimal basis for the airport for a holistic, economically and ecologically mature planning and a later efficient operation.

Due to the decline in traffic associated with the Corona pandemic, planning was initially halted after completion of the design planning. As the future development of traffic volumes cannot be foreseen at present, Flughafen Hamburg GmbH is now pursuing a modularized approach to implementing the project. According to this approach, the planned project and the planning objectives developed are to be implemented in several steps depending on the development of traffic.